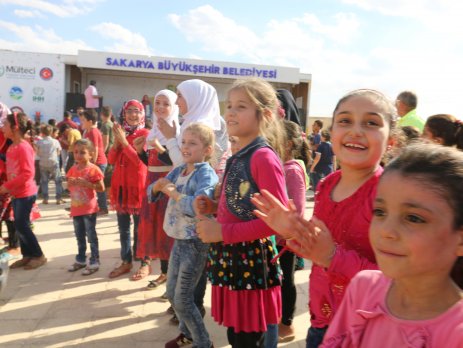 Stating that the children really loved the organization and had fun, Yıldırım continues:
“In the last year’s event, AA journalist told me that since the war began he took more than 100
thousand children&#39;s photos, but he did not take as many pictures of children laughing today.
Our goal is to try to achieve this. First of all, we are shouting to the world that here in Syria,
there is still life, there are more than millions of children here. Maybe it&#39;s an ordinary day for
us, but they&#39;ll remember today, maybe throughout their lives. We are very happy to be
included in their memories.”
Yıldırım invited all countries to be sensitive about the protection and security of civilians,
especially children.